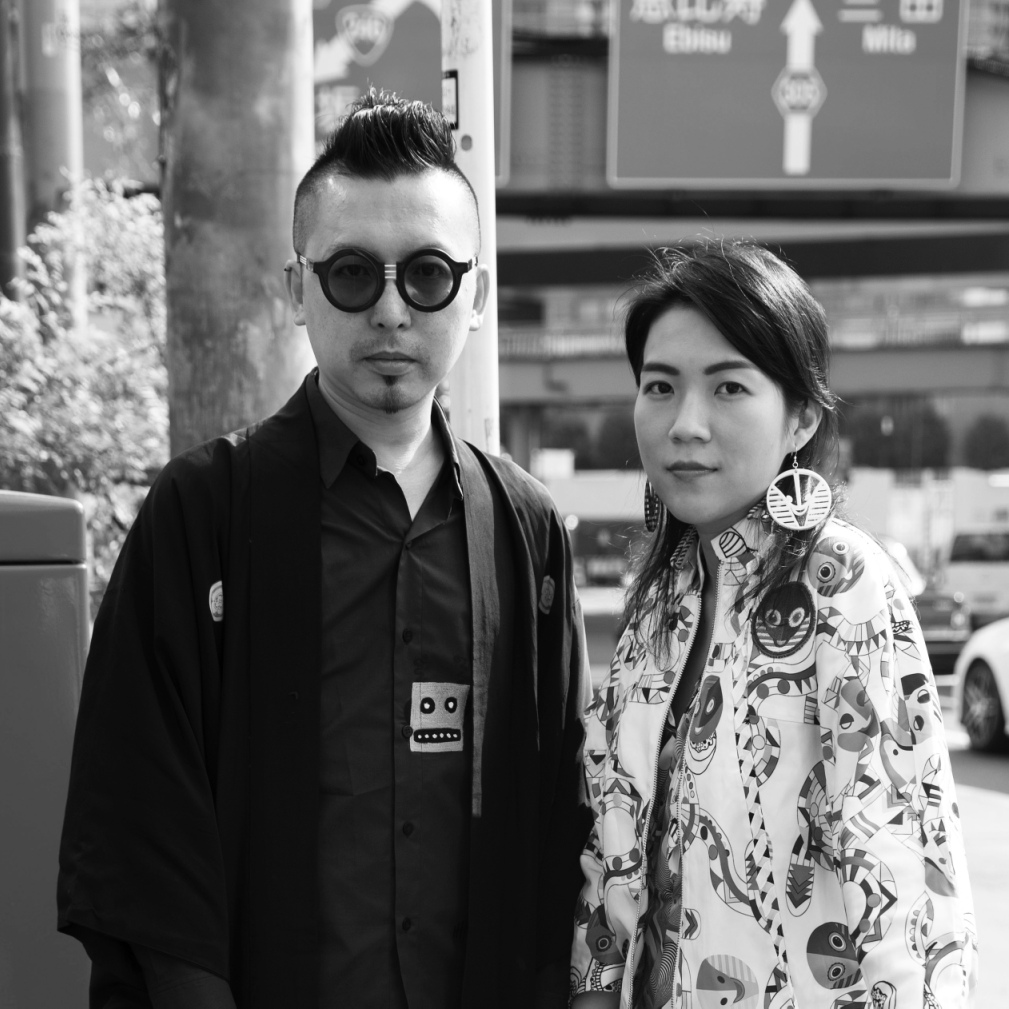 Canton Silk is an artisan fabric made using traditional dying techniques that have been around for 400 years. The fabric, once hugely popular, is rarely seen today except in traditional Chinese costumes. Canton Silk manufacturing blossomed in 1930’s and was a major commodity in Beijing and Shanghai. The period of economic uncertainty, during World War II and the Chinese Civil war, meant that production slowed down. Today, Canton silk and Chinese costumes are no longer popular, and the material is rarely worn except during Chinese festivals or for special occasions. Polly Ho and Andy Wong would like to develop a modern collection of clothing, using Canton Silk and Traditional Needlework, which would attract the publics’ attention and would make Canton Silk a norm in contemporary clothing, bringing its usage in everyday clothing back into fashion.

Ho and Wong founded Loom Loop in 2013 in PMQ. By chance, they discovered Canton silk practices and were impressed at the eco-friendly, artisan dying techniques of plant-based dye, river mud and solar power. They saw potential in the material and believed that through creativity and design they could rejuvenate and conserve the fabric that they see as representative of traditional culture and craftsmanship.

Ho graduated with a BA from Hong Kong Polytechnic University and the studied at the University of Central England. She has worked for Misa Harada millinery in London (2003), and acted as a fashion consultant for a number of China brands. Loom Loop’s first collection was launched in spring/summer 2014, prior to Ho winning a corporate fashion project for Philippe Starck’s new South Beach hotel in Singapore. Since then, she has gone of the win SME’s Youth Entrepreneurship Award 2015, a Design for Asia Award 2015 — Category Award (Bronze) and a Perspective’s 40 under 40 award 2016. Last October, she participated the Mercedes Benz Fashion Week in Tokyo with a catwalk show; and in February this year, she presented another catwalk show at the official New York Fashion Week, both organised by the HKTDC.

Wong graduated with a BA from Central Saint Martins College of Art and Design. Whilst living in London he worked with designers such as Robert Cary Williams, Hussein Chalayan and Shelly Fox. In 2000 he joined ISSA London as the first Chief designer with Daniella Helayel. He then worked as a fashion consultant in Hong Kong for brands including Gianfranco Ferre, ISSA London and Mondi womenswear.

This project is supported by LUXARITY.