M+, at the West Kowloon Cultural District, and Design Trust are pleased to announce Oliver Elser and Yasmin Tri Aryani as the recipients of the M+ / Design Trust Research Fellowship 2019. Elser will investigate Brutalist architecture in Hong Kong, and Aryani will study the appropriation of traditional architecture in Indonesia. These topics are in dialogue with the curatorial interests and activities of M+’s future planning.

Now in its fifth year, the M+/Design Trust Research Fellowship 2019 has expanded into two separate fellowships to address a broader geographic context. One fellowship supports a project focused on Hong Kong and the Pearl River Delta region, and another supports a project related to other parts of Asia through a transnational lens.

Oliver Elser, curator at the Deutsches Architekturmuseum and a Frankfurt-based architecture critic, will examine a selection of Brutalist buildings in Hong Kong. Elser’s research will respond to a set of questions: Was the Brutalist architecture of Hong Kong intended to prove the internationality of the local scene? Or was it a new concept of regionality, one that has a still undiscovered relationship to early postmodern ideas? How was Hong Kong’s Brutalism conceived in relation to mainland China and Taiwan?

Yasmin Tri Aryani, an Indonesian independent writer, will address the instrumentalization and legitimation of traditional architecture in Indonesia, from the early postcolonial period through to the present. Traditional architecture has been used for different political agendas in Indonesia throughout the twentieth century, and it has also served as a reference for architects seeking new alternatives. Through a series of specific case studies, Aryani’s research will unpack the ways in which the state and architects appropriate this form of architecture, while considering the unintended consequences of the ethnic-based identity construction that can be read in buildings in Indonesia.

M+ / Design Trust Research Fellows are selected by a jury of representatives from M+ and Design Trust, based on the strength of their proposals and their potential to contribute significantly to bodies of knowledge relating to design and architecture in Hong Kong and the Pearl River Delta region or Asia, within a global context. Recipients spend up to six months attached to M+, and produce both a public lecture and a paper. The previous fellows are Ling Fan (2015); Joseph Grima (2016); the team of Daniel Cooper and Juliana Kei (2016); Thomas Daniell (2017); Hugh Davies (2018); and the team of Fan Lok Yi and Sampson Wong (2018).

About Yasmin Tri Aryani
Yasmin Tri Aryani’s research focuses on the analysis and visualization of government-funded buildings in multi-ethnic and postcolonial countries. She holds a Master of Arts degree in Design Curating and Writing from Design Academy Eindhoven. Since 2012, she has contributed to various articles on interior design and architecture. Her project ‘Mapping the Way Home: The Role of Architecture in Constructing Contested Notions of Identity in Indonesia’ was nominated for the Gijs Bakker Award at Design Academy Eindhoven in 2018.

About Oliver Elser
Oliver Elser is a curator at the Deutsches Architekturmuseum (DAM), where his work focuses on postmodernity, architecture models in the twentieth century, and Brutalism. In 2016, he served as a curator for the German Pavilion at the Venice Architecture Biennale. He co-founded the Center for Critical Studies in Architecture, a new research cluster of the Goethe-Universität Frankfurt am Main, the Technische Universität Darmstadt, and the DAM. As an architecture critic, he writes extensively for newspapers and magazines. He holds a degree in architecture from the Technische Universität Berlin. 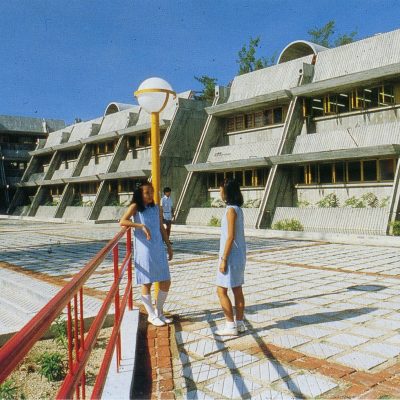 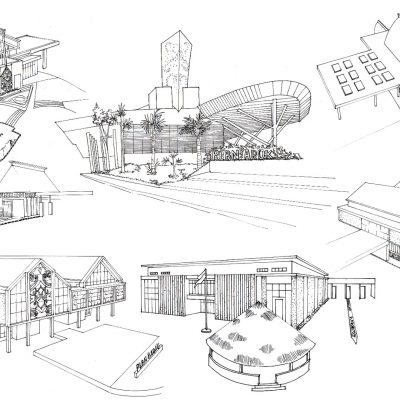 About M+
M+ is a museum dedicated to collecting, exhibiting, and interpreting visual art, design and architecture, moving image, and Hong Kong visual culture of the twentieth and twenty-first centuries. In Hong Kong’s West Kowloon Cultural District, we are building one of the largest museums of modern and contemporary visual culture in the world, with a bold ambition to establish ourselves as one of the world’s leading cultural institutions. Our aim is to create a new kind of museum that reflects our unique time and place, a museum that builds on Hong Kong’s historic balance of the local and the international to define a distinctive and innovative voice for Asia’s twenty-first century.

About Design Trust
Design Trust was established in 2014 by Hong Kong Ambassadors of Design, a registered charity in Hong Kong since 2007, as a grant-funding platform. Design Trust supports creative projects that develop expertise and build research initiatives and content related to Hong Kong and the Greater Bay Area. Working across a multiplicity of design disciplines, from graphics, media, and architecture to the built environment, Design Trust aims to actively accelerate creative research, design, and the development of meaningful projects that advocate for the positive role of design.