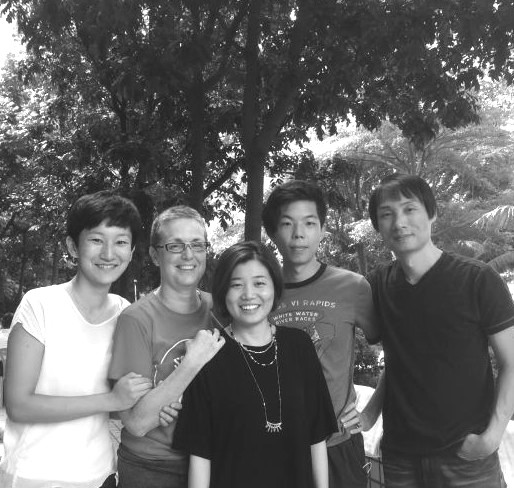 n=distortion explores the evolution of the Pearl River Delta (PRD) from a riparian society of traditional cities, market towns, and fishing villages into an amalgam of eleven mega-cities and their underdeveloped hinterlands, presenting the region as a mass ecological experiment, where we’re “all in the same sampan”.

n=distortion explores the evolution of the Pearl River Delta (PRD) from a riparian society of traditional cities, market towns, and fishing villages into an amalgam of eleven mega-cities and their underdeveloped hinterlands, presenting the region as a mass ecological experiment, where we’re “all in the same sampan”.

n=distortion “brings home” the practical realities of constructing sustainable lives in the PRD through collaboration and conversations between urban village based practitioners. To achieve this goal, the artist collective of Handshake 302 will work with other artists working in, out of, and around urban villages in the PRD. The goal is to generate conversations about affordable housing within and despite the cultural, historic, and ecological transformation of these nine Chinese cities and two Special Administrative Zones.

n=distortion begins from the descriptive fact that although the PRD’s total GDP is roughly that of Swit- zerland and its total area is only 1.3 times larger than that of Europe’s Confoederatio Helvetica, never- theless the PRD’s total population is 7.75 times that of the Swiss Republic, begging the question: How
can sustainable lifestyles be constructed when the international distribution of resources is so blatantly unequal? More generally, the lack of affordable housing throughout the region means that many residents piece together homes and lives out of scavenged materials, second-hand furnishings, and appropriated connections to the urban grid. The construction of the n=distortion sampan reflects this reality.

n=distortion generates this important conversation by repurposing statistics as construction specifica- tions for an object: GDP X total area X population. To call attention to economic inequality as an ecological factor, funding for each object is distributed based on real estate prices in the PRD. In practical terms, this means that while the artists constructing Shenzhen, Guangzhou, Hong Kong, and Macao will have cash to purchase supplies, other participants must construct their objects by scavenging. The constructed “me- ga-cities” are placed together in a salvaged sampan, once the primary source shipping and livelihood in the Deltan economy.

n=distortion comprises two sections: (1) the collaborative construction of a sampan loaded with 11 constructions, each representing one of the PRD’s mega-cities and (2) two public forums in Shenzhen that discuss the project and the difficulties and surprises in collaborative construction according to “planning specifications”. The forums will be held at the UABB main venue and at Handshake 302 in Baishizhou. The installation and forums evoke the tensions between the region’s traditional sampan ecology and the contemporary ecology of containerization.