At the event, Dim Sum Labs, who is creating a provocative “Field Guide to Hacking” funded by Design Trust, brought to the local community an interactive display of highlights from Dim Sum Labs' collection of DIY hacker projects. There was a Kinect controlled Maneki Neko programmed to follow as you move, and a robotic machine-drum called Sound Swarm that made music when connected to an iPad. Also on display were a uranium orb oscillator pendant, a game box, a wifi lantern, and a Quadcopter. All the inventions were made using open-source hardware in Dim Sum Labs’ workshop.

"Warehouses on West Block Party” was a full day of festivities in Sai Ying Pun, held in celebration of culture and community. The Block Party brought creative workshops, events, and activities to District15’s Warehouses on West in Sai Ying Pun, and Design Trust was excited to contribute to such a dynamic event. Our community event was well received with over 200 people attending, and the public seemed keen to explore the world of DIY and hacking. 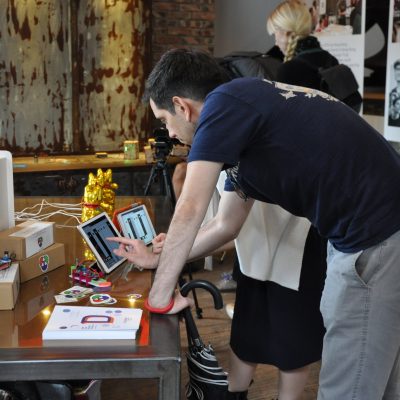 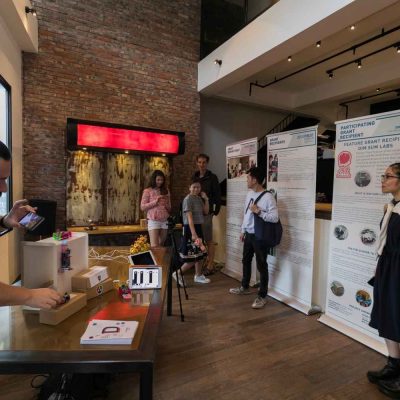 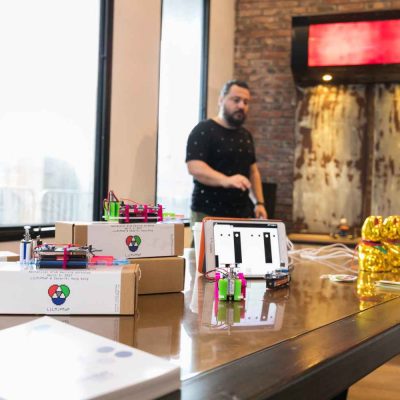 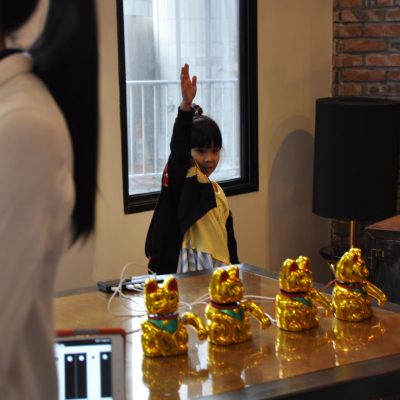 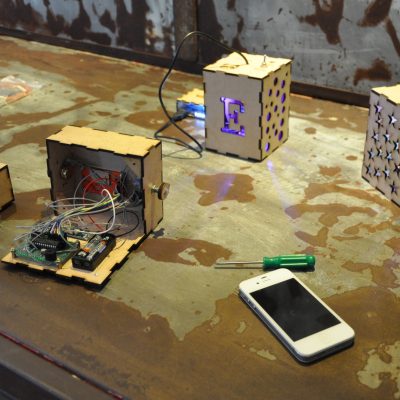 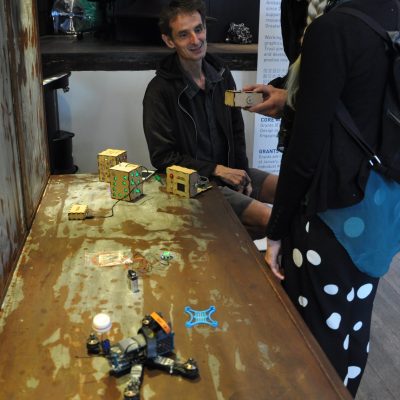