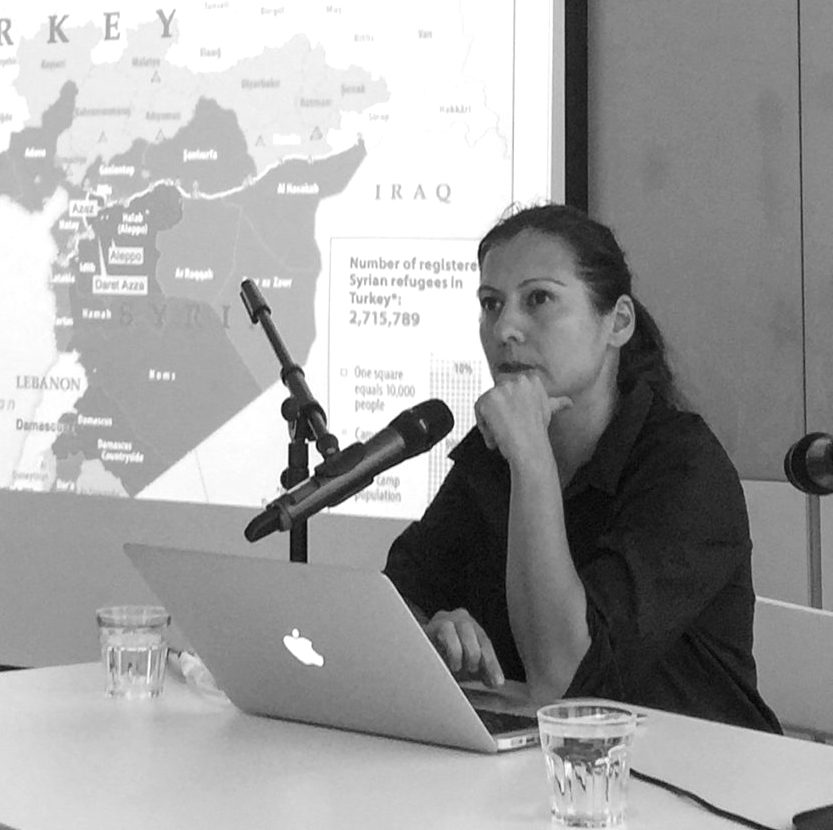 Pelin Tan completed her education in Sociology and Art History in Turkey. She is an associate professor at the Architecture Faculty, Mardin Artuklu University (nominated for MiesAward2017). Tan was a visiting Assoc. Professor of Design at Hong Kong Polytechnic University (2016), Master in Architecture, Nüernberg University (2008). She was a DAAD recipient at Berlin-Humboldt Univ. (2006); invited writer/curatorial resident at Kitakyushu CCA (2015), IASPIS Sweden (2008), Geoair Tiflis (2011), CCA Singapore (2016). In 2012, Tan was The Japan Foundation researcher at Osaka Urban Research Plaza where she surveyed on alternative collectives and urban justice. Currently, Tan works on a research with writer/researcher Dr.Lu Pan on "the autonomy and alternative collectives in Asia"

The title of this project refers to the United Nations, Ocean & Law of the Sea Convention article II titled “Territorial Sea and Contiguous Zone”. The convention signifies to the legal status of the sea that is preceded between the sovereignty and territorial sea. Politically and legally, the defined sea and water area of Pearl River Delta is an invisible borderline. However, it is also a space where activities of thresholds are happening.

This research aims to map both the legal infrastructures and the thresholds of the territorial sea of Pearl River Delta. The sea transportation, border infrastructures, islands&archipelago, everyday life of sea communities and resources of sea are the main topics. The research based on two discursive paths; one is the discussion on “infrastructure”. Secondly, PRD sea as a resource territory and the impact of sea zone in the era of anthropocene (human activities of geology).

Infrastructure is a system of network that is beyond a single physical entity. Facing the South China Sea and, Hong Kong other country borders; the sea of Pearl River Delta represent itself a whole network of infrastructure. How the borderline on facing the South China Sea affects PRD sea culture? What are new elements that are available, which are invisible? Moreover, approaching the PRD sea culture as the space of human and other species’ influences will be the second layer of this research. Thus, the ecological re-formation and the legal application in the sea borderline will be an important part of this research.

It is expected that this research will make a unique difference for providing a spatial-visual research of the territorial sea culture in Pearl River Delta.